Charles Timothy “Chuck” Hagel, Nebraska’s senior U.S. Senator, is serving his second term in the United States Senate. A member of the Republican Party, he was first elected in 1996 and was reelected in 2002.

Hagel is a member of four Senate committees: Foreign Relations; Banking, Housing, and Urban Affairs; the Select Committee on Intelligence; and the Committee on Rules and Administration. He was a former Republican Deputy Whip; and former Chairman of the Congressional Executive Committee on the People’s Republic of China.

A fourth generation Nebraskan, Hagel was born in North Platte, Nebraska on October 4, 1946. He graduated from St. Bonaventure High School, Columbus, Nebraska; the Brown Institute for Radio and Television, Minneapolis, Minnesota; and the University of Nebraska at Omaha. Hagel and his wife, Lilibet, have two children, daughter Allyn, 16, and son Ziller, 14.

Prior to his election to the U.S. Senate, Hagel worked in the private sector as the President of McCarthy & Co., an investment banking firm based in Omaha, Nebraska, and served as Chairman of the Board of American Information Systems (AIS). Before joining McCarthy & Co., Hagel was President and Chief Executive Officer of the Private Sector Council (PSC) in Washington, D.C., Deputy Director and Chief Operating Officer of the 1990 Economic Summit of Industrialized Nations (G-7 Summit), and President and Chief Executive Officer of the World USO.

Hagel served in Vietnam with his brother Tom in 1968. They served side by side as infantry squad leaders with the U.S. Army’s 9th Infantry Division. Hagel earned many military decorations and honors, including two Purple Hearts.

In the mid-1980s, Hagel co-founded VANGUARD Cellular Systems, Inc., a publicly traded corporation. In 1981, President Ronald Reagan nominated Hagel to serve as Deputy Administrator of the Veterans Administration, a nomination confirmed by the United States Senate. Hagel also served as Deputy Commissioner General of the United States for the 1982 World’s Fair. From 1977 through 1980, Hagel was Manager of Government Affairs for The Firestone Tire & Rubber Company, in Washington, D.C. From 1971 to 1977, he was Administrative Assistant to Congressman John Y. McCollister (R-Nebraska). Beginning in 1969, Hagel worked as a newscaster and talk show host with radio stations KBON and KLNG in Omaha, Nebraska.

In 1996, Chuck Hagel ran for the U.S. Senate against Ben Nelson, who was the sitting governor of Nebraska. Although many people believed he had no chance of winning, he won a “stunning upset” in the election, receiving 56 percent of the vote. Six years later in 2002, Hagel overwhelmingly won re-election with over 83 percent of the vote, the largest margin of victory in any statewide race in Nebraska history.

In November 2005, Hagel made a much-publicized statement: “To question your government is not unpatriotic—to not question your government is unpatriotic.” This was the reference to the increasing amount of debate surrounding the Iraq War and his assertion that the United States should withdraw its troops. In December 2005, in reference to President Bush, the GOP, and the PATRIOT Act, Hagel stated: “I took an oath of office to the Constitution; I didn’t take an oath of office to my party or my president.”

In January 2006, Hagel took issue with Karl Rove over controversial statements the White House advisor made concerning the mindset of Republicans and Democrats. Hagel said, “Well, I didn’t like what Mr. Rove said, because it frames terrorism and the issue of terrorism and everything that goes with it, whether it’s the renewal of the PATRIOT Act or the NSA wiretapping, in a political context.” He also said that “dark clouds” are hanging over the Republicans party and “if you look at the environment and the atmospherics politically in this town, read any poll. The sixth year of a governing party usually . . . is not good . . . the country is tired, a lot of complications in these international issues, we’re at war.”

Hagel further said, “National security is more important than the Republican Party or the Democratic Party. And to use it to try and get someone elected will ultimately end up in defeat and disaster for that political party.”

After Republican losses in the 2006 midterm election, Hagel penned an editorial in the Washington Post highly critical of military strategies both employed and proposed for Iraq. He unequivocally declared that “There will be no victory or defeat for the United States in Iraq,” and called for a “phased troop withdrawal”—making Hagel one of the most prominent voices in his party to do so.

In January 2007, Hagel openly criticized the plan to send an additional 30,000 troops to Iraq. He called it “the most dangerous foreign policy blunder in this country since Vietnam, if it’s carried out.”

After an April 2007 visit to Iraq with Pennsylvania Democratic Representative Joe Sestak, Hagel expressed his belief that support of Iraq should not continue indefinitely and defended Congressional actions to set a timeline for an end in occupation. Hagel went on to say, “If success were simply a matter of the determination and ability of U.S. troops and civil servants, we would have already created a secure and stable Iraq. But unfortunately, the reality is that after more than four years, America remains the country’s occupying power. Iraq’s future will be determined by Iraqis, who, I hope, will reach a political accommodation—but America is still making the major decisions and taking the lead militarily in most critical areas of the country. We can continue to help buy time for the Iraqi government—but that time is running out.”

Hagel has served on the Board of Trustees of the Manville Personal Injury Settlement Trust and as Chairman of the $240 million Agent Orange Settlement Fund. His participation in civic, educational, and charitable organizations has included: Board of Directors, Greater Omaha Chamber of Commerce; Chairman, 10th Anniversary Vietnam Veterans’ Memorial; Board of Directors and National Advisory Committeeof the Friends of the Vietnam Veterans Memorial; Board of Directors of the Arlington National Cemetery Historical Society; Chairman of the Board of No Greater Love, Inc.; USO’s World Board of Governors; and the World USO Chairman’s Advisory Council. He is a life member of the American Legion, Veterans of Foreign Wars, Vietnam Veterans of America, Disabled American Veterans, and the Military Order of the Purple Heart.

Among the institutions for which Hagel serves as a board or advisory committee member are: the Institute of Politics at Harvard University; International Republican Institute; the German Marshall Fund’s Trade and Poverty Forum; Director Emeritus, the Eisenhower World Affairs Institute; the Private Sector Council; the Ripon Society; the American Red Cross; Bread for the World; and the Council on Foreign Relations. Hagel is a trustee at Bellevue University and Hastings College. Hagel is Co-chairman of the Vietnam Veterans Memorial Fund Corporate Council.

We are honored to have Senator Chuck Hagel as the speaker for the Fourth Annual Sidney Shainwald Public Interest Lecture. 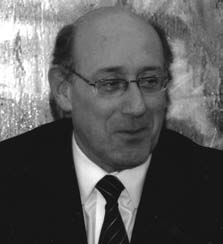 Mr. Feinberg was appointed by the Attorney General of the United States to serve as the Special Master of the Federal September 11th Victim Compensation Fund of 2001. In this capacity, he developed and promulgated the Regulations governing the administration of the Fund and administered all aspects of the program, including evaluating applications, determining appropriate compensation, and disseminating awards. He is also Fund Administrator of the Restitution Fund in In Re: United States of America v. Computer Associates International, Inc., designated by the Department of Justice and approved by the Federal District Court. In his capacity as Fund Administrator, Mr. Feinberg is responsible for the design, implementation, and administration of a small restitution fund exceeding $225 million.

Mr. Feinberg is an attorney and one of the nation’s leading experts in mediation and alternative dispute resolution. He is the managing partner and founder of The Feinberg Group, LLP. Mr. Feinberg received his B.A. cum laude from the University of Massachusetts in 1967 and his J.D. from New York University School of Law in 1970, where he was Articles Editor of the Law Review. He was a law clerk for Chief Judge Stanley H. Fuld, New York State Court of Appeals from 1970 to 1972; Assistant United States Attorney, Southern District of New York from 1972 to 1975; Special Counsel, United States Senate Committee on the Judiciary from 1975 to 1980; Administrative Assistant to Senator Edward M. Kennedy from 1977 to 1979; Partner at Kaye, Scholer, Fierman, Hays & Handler from 1980 to 1993; and founded The Feinberg Group, LLP in 1993.

Mr. Feinberg has been Court-Appointed Special Settlement Master, mediator, and arbitrator in thousands of disputes involving such issues as mass torts, breach of contract, antitrust and civil RICO violations, civil fraud, product liability, insurance coverage, and various commercial and environmental matters. Mr. Feinberg was also one of three arbitrators selected to determine the fair market value of the original Zapruder film of the Kennedy assassination and was one of two arbitrators selected to determine the allocation of legal fees in the Holocaust slave labor litigation.

Mr. Feinberg was a member of the Presidential Advisory Commission on Human Radiation Experiments from 1994 to 1998; the Presidential Commission on Catastrophic Nuclear Accidents from 1989 to 1990; and the Carnegie Commission Task Force on Science and Technology in Judicial and Regulatory Decision Making from 1989 to 1993. He is currently a member of the National Judicial Panel, Center for Public Resources, and chaired the American Bar Association Special Committee on Mass Torts from 1988 to 1989. He is also an arbitrator for the American Arbitration Association. He is listed in “Profiles in Power: The 100 Most Influential Lawyers in America” (National Law Journal, April 4, 1994; June 12, 2000) and was named “Lawyer of the Year” by the National Law Journal (December, 2004). He is the author of numerous articles and essays on mediation, mass torts, and other matters and has recently published his book entitled, What is Life Worth? The Unprecedented Effort to Compensate the Victims of 9/11 (PublicAffairs, 2005). 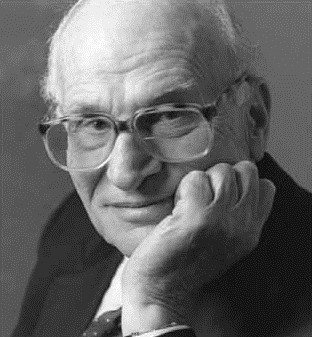